This Lonely Alien Space Club NFT LICENSE AGREEMENT, comprised of these pages governs the acquisition of an artistic work (“Art”) featuring the Lonely Alien Space Club and/or Lonely Planet Space Observatory embodied on nonfungible token(s) (“NFT”) conforming to the ERC-721 standard stored on the Ethereum PoS Blockchain and distributed by Space Club LLC, a New York LLC (“Space Club”) on the Opensea platform (“Platform”), which is being purchased by the purchaser (“Purchaser” or “you”). This Agreement governs all of Purchaser’s rights relating thereto. Space Club intends to only recognize NFTs on the PoS Eth chain as eligible for membership and the below License Agreement.

A. Ownership. Purchaser’s ownership of any NFT(s) issued by Space Club is governed by a smart contract on the Ethereum Blockchain which cannot be reversed or modified in any way whatsoever.

E. Third Party Application or Website Uses. Purchaser may use or display the NFT(s) as part of a third party website or application that permits the inclusion, involvement, or participation of the NFT(s), provided that the website/application cryptographically verifies each NFT owner’s rights to display the Art for their NFT(s) to ensure that only the actual owner can display the Art, and provided that the Art is no longer visible once the Purchaser of the NFT leaves the website/application.

G. Third Party IP. To the extent that any Art or NFT incorporates or embodies intellectual property belonging to a celebrity, athlete, or other public figure (“Third Party IP”) Purchaser understands and acknowledges that Purchaser will not have the rights to use any such Third Party IP except in connection with the license term specifically stated above.

H. Reservation of Additional Restrictions. Space Club reserves the right to make revisions, amendments, alterations, and add restrictions to the license terms stated herein at any time upon its sole and absolute discretion. Space Club may from time to time provide written notice (email) to Purchaser relating to additional restrictions or modifications on the Art or NFT and Purchaser shall be responsible for complying with all such restrictions from the date of receipt of such notice. Purchaser’s failure to do so will be considered a breach of this license agreement.

I. Right to Terminate. SPACE CLUB SHALL HAVE THE RIGHT TO TERMINATE THIS AGREEMENT AND THE LICENSE AND ALL RIGHTS AND GRANTS AUTHORIZED TO PURCHASER IN THIS AGREEMENT UPON WRITTEN NOTICE (BY EMAIL) TO PURCHASER. All uses of the NFT or Art by Purchaser following termination of the license Purchaser by Space Club shall be considered actionable infringement.

Space Club’s obligations and performance herein may be suspended, delayed, canceled, hampered, impeded, or otherwise impaired due to any force majeure event, including but not limited to fire, earthquake, labor dispute or strike, pandemic, governmental restrictions or controls relating to pandemic circumstances, act of God or public enemy, any municipal ordinance, any state or federal law, governmental order or regulation, or other cause beyond Space Club’s control, death, illness or incapability of any principal member thereof, and under such circumstances, Space Club may postpone, reschedule, terminate, suspend or otherwise take all measures or omissions at Space Club’s discretion.

A. No Infringing Uses. Purchaser warrants and represents that Purchaser’s use of the NFT shall not violate or infringe upon any trademark, trade name, copyright, patent, or any literary, dramatic, musical, artistic, personal, private, civil, contract or property right, right of privacy or publicity moral right of authorship or any other right of any person, firm or entity or constitute unfair competition or libel, slander or defamation of any person, firm or entity.

B. Space Club Information. Purchaser acknowledges that no representations or warranties have been made to Purchaser, or to Purchaser’s advisors or representative, by Space Club or others with respect to the anticipated NFT business, collections, or future projects of Space Club, or the valuation thereof.

D. Independent Investigation. Purchaser agrees in purchasing the NFT, Purchaser is relying on its own independent investigation of the NFT and Purchaser is not relying on any oral or written representations or assurances from Space Club or any other person or any representation of Space Club. The Purchaser has such experience in cryptocurrency and NFT acquisition matters that it is capable of evaluating the risk of its purchase of the NFT and in determining the suitability of the purchase of the NFT. Purchaser acknowledges and warrants that the Purchaser understands that the NFT(s) will be purchased with Ethereum and that Space Club has no control over gas fees collected by Ethereum miners and that Space Club has no ability to reverse any Ethereum transaction.

F. Resales; Speculative Nature of Purchase. Purchaser represents and warrants to Space Club that Purchaser’s acquisition of the NFT(s) is for personal purposes only and not made with the intention of resale. Purchaser acknowledges, agrees and understands that there may be no resale market available for the NFT and no resale market for the NFT could potentially ever exist. Purchaser acknowledges, agrees and understands that the value of the NFT could erode immediately or over time and could potentially be zero.

A. Injunctive Relief. Nothing herein or in the subparagraphs above, however, shall limit the ability of Space Club to seek immediate injunctive relief from a court of competent jurisdiction in the event of potential immediate or irreparable injury to Space Club. Purchaser acknowledges that it would be difficult for Space Club to measure actual damages resulting from any breach by Purchaser of this Agreement, and that money damages alone would be an inadequate remedy for any such breach. Accordingly, Purchaser agrees that Space Club will be entitled, in addition to any other remedies it may have, to specific performance, injunctions, or other appropriate orders to correct or restrain any such breach by Purchaser, without showing or proving any actual damage sustained by the Purchaser or posting any bond or other security.

B. Limitation of Damages; Waiver of Purchaser’s Right to Seek Injunctive Relief. Purchaser agrees and understands that Purchaser’s sole remedy for any and all breaches of this Agreement shall consist of damages; under no circumstances may Purchaser seek injunctive relief, a restraining order, a preliminary/permanent injunction, or declaration judgment that would in any way seek or tend to seek the restriction, halting, enjoinment, or other limitation of the development, completion, distribution, and/or commercialization of the NFT(s) Content.

6. No Warranties / Limitation of Liability.

The NFTS ARE SOLD TO PURCHASER AS-IS, WHERE-IS, AND WITHOUT WARRANTY OF ANY KIND, specifically including warranties that the NFT will meet the requirements, specifications, or needs requested, or demanded by Purchaser.

SPACE CLUB’S LIABILITY TO PURCHASER IS LIMITED. TO THE MAXIMUM EXTENT PERMITTED BY LAW, IN NO EVENT SHALL SPACE CLUB BE LIABLE FOR DAMAGES OF ANY KIND (INCLUDING, BUT NOT LIMITED TO, SPECIAL, INCIDENTAL, OR CONSEQUENTIAL DAMAGES, LOST PROFITS, OR LOST DATA, REGARDLESS OF THE FORESEEABILITY OF THOSE DAMAGES) ARISING OUT OF OR IN CONNECTION WITH THE SERVICES PROVIDED TO PURCHASER. This limitation shall apply regardless of whether the damages arise out of breach of contract, tort, or any other legal theory or form of action.

A. Governing Law; Jurisdiction; Venue. This License Agreement will be construed in accordance with and governed by the laws of the State of New York, without giving effect to the conflict of law principles. All disputes hereunder shall be decided in the state and federal courts of New York.

C. Notices. All notices and other communications required or permitted hereunder will be in writing and

will be delivered by hand or sent by overnight courier, fax or e-mail. Each party may furnish an address substituting for the address given above by giving notice to the other parties.

F. Amendment and Waiver. This Agreement may be amended only by a written agreement executed by the parties hereto and bearing the signatures of both parties. No provision of this Agreement may be waived except by a written document executed by the party entitled to the benefits of the provision. No waiver of a provision will be deemed to be or will constitute a waiver of any other provision of this Agreement. A waiver will be effective only in the specific instance and for the purpose for which it was given, and will not constitute a continuing waiver.

G. Counterparts. This Agreement may be in any number of counterparts, each of which will be deemed an original, but all of which together will constitute one instrument.

H. Notices. All notices required by this Agreement shall be sufficient if delivered either via email or in writing either personally to the party to be notified or deposited in the United States mail, postage prepaid and return receipt requested.

I. Independent Counsel. Purchaser represents that Purchaser has had the opportunity to consult an attorney regarding the terms of this Agreement. 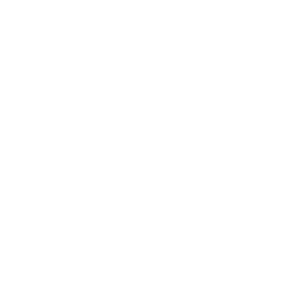